Tangled 8 finds distribution will be released in theaters in US beginning in January of 2015.

Rangeley, ME- Seymore Films feature film Tangled 8 has found two distribution deals that will ensure North American theatrical, DVD/BluRay, VOD and Online distribution, beginning with a Premiere in Los Angeles on January 23, 2015, followed by a run in LA and selected cities throughout North America. VOD and online release will follow. The DVD/BluRay release dates will be announced before the end of 2014.

Tangled 8 is eight adaptations of the same script. The film explores the ways in which people of diverse social backgrounds, races and age manage grief through its different phases. Originally conceived as a single short film, director John E. Seymore re-imagined the piece as an anthology feature, based partly on the musical concept of variations on a theme. The script remains largely the same, but the action, visualization, situation and sound vary greatly with each new vignette.
Finally, Tangled 8 is a film about film. It pays homage to John Ford, Woody Allen, Peter Greenaway and other filmmakers who have created the visual and thematic language of modern cinema.

Alone in the Dark update

Seymore Films is proud to announce that we wrapped principle photography on the short Alone in the Dark and the film is being edited by Mark Hensley even as we speak!
Posted by Alexander Merrill at 8:53 AM No comments:

Maine Studios (Biddeford, ME) 3/27/2013- Today Producer/Casting Director Brenna Peak announced the cast members for the roles in Alone in the Dark, one of three shorts to be filmed in Biddeford, Maine 2013.“We are excited to be shooting Alone in the Dark at the end of June in the new home of the Maine Studios, we have been very happy in Biddeford and look forward to many projects coming through here in the future,” says Peak. On the same note, Director John E. Seymore is “happy to announce that Sal Rendino has joined the cast of Alone in the Dark and will play the role of Dr. Thornton.” This is not the first time Seymore and Rendino have worked together; they collaborated on the project Tangled 8 this past summer.

The role of Cecilia will be played by Madeline O’Brien, best known for her role in Gone Baby Gone. Seymore cast the up and coming superstar knowing that she is perfect for the role. “We all adore Maddie,” says Seymore “and we believe she has the talent and voice for this role.” Seymore and O’Brien met and worked together on the set Blessid, filmed in Massachusetts last September and Seymore was so impressed with her spirit and dedication that he was certain she was the only choice for this role.

Alone In The Dark is thriller about a psychologist, Dr. Thornton, who has been called to the home of a young girl named Cecilia who is hiding in her room and refuses to come out. When Cecilia begins a dialogue with the Doctor, he quickly realizes the situation is not at all as it seems- and this precocious girl may be the one with all the answers.


Seymore Films is finalizing the last stages of pre-production for Alone in the Dark and will be ready for production in late June. “We are almost ready to go!” says Peak.

More about the film can be found on the Seymore Films website: www.seymorefilms.com/
Contact: Brenna Peak: bpeak@seymorefilms.com
Posted by Unknown at 2:29 PM No comments:

Maine Studios- (Biddeford, ME) 4/2/2013- Seymore Films has officially launched the casting for the full The Book of Habbalah, Book 1. Seymore Films is in final negotiations with the lead actors for the back story that ties the film together and hopes to make an announcement in the next few days.
The Book of Habbalah, Book 1 is the first of a trilogy of anthology horror films. Seymore Films has teamed with Gunn Park Entertainment( Shadow Falls) and Rodas Films (Home Sweet Home) to bring this project to life. More about the film can be seen on the Seymore Films website.

Available rolls are as follows:

Classic Rock Casting Call
Logline:
A down on his luck classical composer finds inventive ways to dispatch of the snotty young rock band that has been infringing on his royalties and making a mockery of the music he holds dear.

Ephraim: Male, early 40’s; He is unkempt, though handsome. Looks like his best days are behind him. He used to be a legend to all musicians back in the day. He has major anger issues. Alcoholic. Killer.

Bartender: Female 30’s; carries a BIC pen in her cleavage.

Bartender: Female 30’s; carries a BIC pen in her cleavage.
2 Tents Casting Call
Logline:
Four dysfunctional twenty-somethings go camping, only to find that where they are, hunting season comes early.

Kat- Early to Mid 20’s- Female: Pretty but ordinary girl; Seth’s Girlfriend for way too long to not have a ring and bitter about it; Ashley’s best friend but doesn’t know why; sarcastic, doubtful, easily mad/frustrated with Seth.

Seth- Early to Mid 20’s- Male: Athlete; Handsome but not proud of it like Chase; Boyfriend to Kat; down to earth; laid back; nice guy.

Hank- 13 to 18 year old Male: crazy-eyed boy; in ratty clothing; speaking hushed repeated phrases and sounds. Kid gone MAD. Serious psychological problems. Tormented. Creepy. Hank should be very physical and appear to be very inbred. His physical movements and speech are very odd. It is unclear if he is trying to be nice, or if he just expressing lust for the girls. We can hear what he says and even make out words, but what he says does not make any sense.

Some Direction Casting Call
Logline:
A sexually frustrated dreamer finds the perfect drug to change his luck with women- but it comes at a cost.

Alice: (supporting): early 20's- Alice is thin, pretty in the way that some townie girls are. She's a bit of a lost soul, addicted to bad boys and even worse cocaine. She leans on Jason as a friend, and exploits the fact that he is in love with her.

Draco/Director (supporting) 30-50. A tall, mysterious drug dealer who hides under a wide brimmed cap. A man of few words, but of great importance.

Posted by Unknown at 9:04 AM No comments: 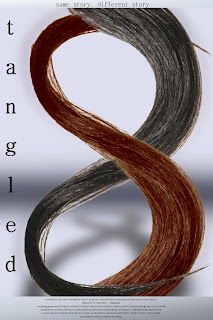 Biddeford, ME- Seymore Films is currently developing Volume 2 and 3 of the horror anthology, The Book of Habbalah. More information can be found on the website at: http://seymorefilms.weebly.com/the-book-of-habbalah.html

Posted by Unknown at 3:25 PM No comments: